You are here: Home > Khai Truong-Vinh 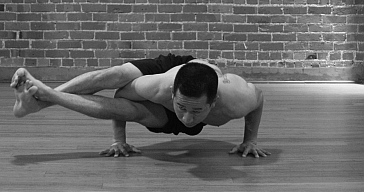 Khai started practicing Bikram yoga in 2004 as a mean to get in better shape. In 2006, he discovered the first heated vinyasa studio in the south bay and fell in love with the practice of connecting the breath and movement.  Inspired by a friend’s recent graduation from a yoga teacher training program, he enrolled in a 200 hour Yoga Teacher Training with Joyce Anue in 2007.  Completing the 200 hour training humbled and deepened his yoga practice profoundly. It transformed a mere physical exercise into a spiritual practice.  In 2012, Khai completed his second 200 hour Hatha Vinyasa Yoga Teacher Training with Noell Clark and Angie Poon.  He ‘s been Yoga Alliance certified since March 2013.

Khai’s goal is to help his students develop the body awareness, be comfortable in their own bodies, and find their own expression for each asana while being safe and aligned correctly.

For more information on Khai, email him at khai.truongvinh@gmail.com 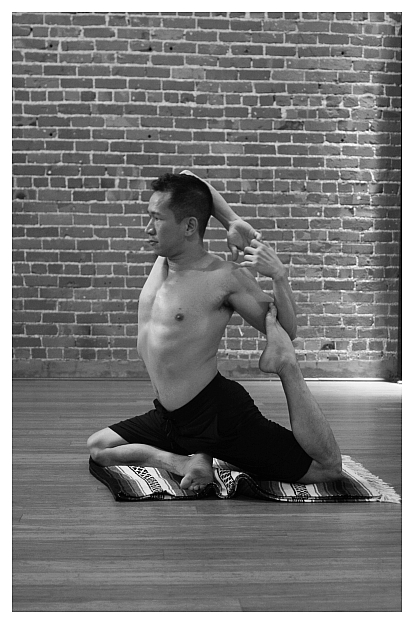 When you want to learn yoga the right way, you need a great teacher! Attending one of Ken's classes not only benefits you physically but mentally and spiritually as well. Ken has a wonderful, fun, challenging sense of humor and knows how to teach a mixed level class. He has great intuition on helping everyone regardless of level, always walking around the room checking and helping. His partner and or circle pose's are a lot of fun and let you connect with others. The fact he is not only beautiful on the inside but also on the outside doesn't hurt either! Give it a try and you won't be disappointed.     I highly recommend him!  -Jouke Lanning

I never seem to comprehend the phrase "perfect yoga voice" until I practice yoga with Ken, both in an individual basis and in class. His gentle, soothing, yet deep and confident voice makes yoga directions easy to follow. Aside from his voice, he is very patient and understands the needs of his students and gauge the intensity of the class quite well. In a class setting, he would provide several alternatives to a yoga pose that accomodate the different level of yoga practice between the students. In other words, whether you are a new yoga student or someone that practice it for a long time, you can still benefit from taking his class. Ken is warm and friendly and certainly provide adequate attention for new and returning students. I thoroughly enjoy his classes as I have seen great improvement in my flexibility and coordination over the past year. I am an exercise physiologist and I usually recommend clients to practice yoga as part of his/her flexibilty training component and Ken would be the top name on my list whom I refer my clients to!    -Tim

Great yoga classes! Great instructors who offer lots of advice and feedback. Love the freedom and safety of practicing naked.

"Restorative yoga with Peter is an extremely relaxing, calming, and self nurturing experience. Unlike a typical flow class, which can pump up the volume and work you out in a sweaty series of asanas, Peter's restorative class allows you to go inside and relax deeply, holding poses using various props for a more prolonged period of time. This quiet holding is both challenging and soothing at the same time. It is a wonderful way to spend an evening, and truly is a gift to yourself."         -Tom Mason